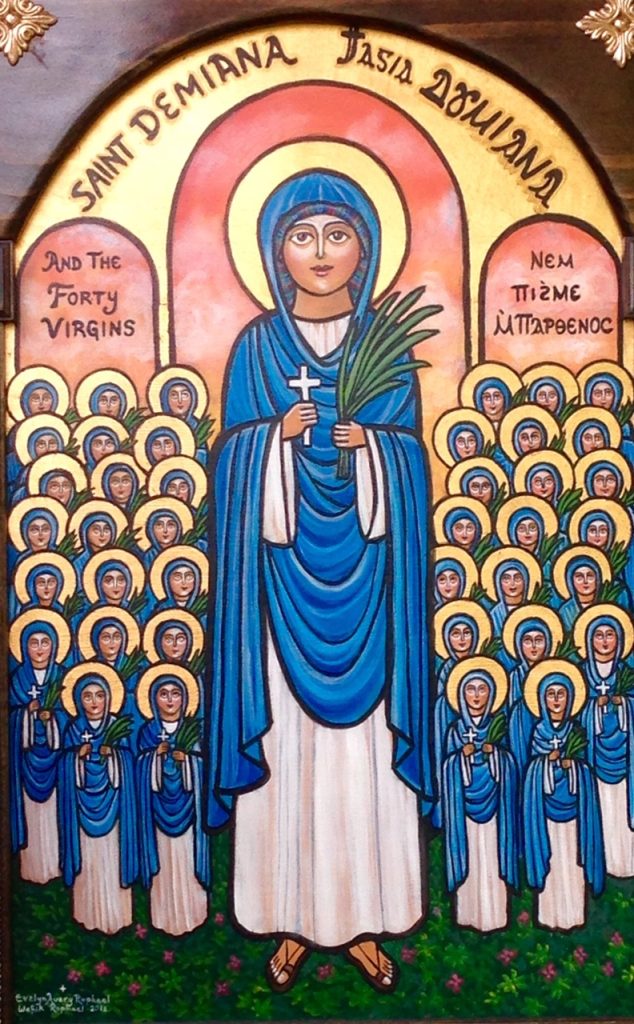 and the Forty Virgins

St. Demiana was the daughter of the governor of a district in the northern delta area in Egypt.          He and his wife were Christians, and raised Demiana to be a faithful Christian too. This was around the end of the third century after the resurrection of Jesus, and Demiana decided to dedicate her life to Christ. Her father built a palace for her on a large area of land, and forty of Demiana’s friends joined her to live as nuns, devoting themselves to Jesus. The evil Diocletian was the Emperor of the Roman Empire during that time, and when he learned that a governor who worked for him was a Christian, he demanded that the governor publicly worship the pagan gods. Demiana rebuked her father for agreeing to do

so, and so he returned to the emperor and stood strong, refusing to renounce his faith in Jesus Christ. Emperor Diocletian had him executed, and then turned his attention to Demiana and her friends. He sent an equally evil envoy to the nuns to force them to renounce Christianity. But God helped        Demiana in leading her sister nuns to be strong, and to accept the tortures inﬂicted on them rather than to deny Jesus. The imperial envoy and soldiers sent by Diocletian ruthlessly ordered all the young women to be killed, and St Demiana and the forty other nuns all received the crowns of martyrdom. Their bodies were buried on the grounds of their monastery, and a church was built over their tomb.

May the prayers of St Demiana and the Forty Nuns be with us, and Glory be to God forever and ever. Amen. 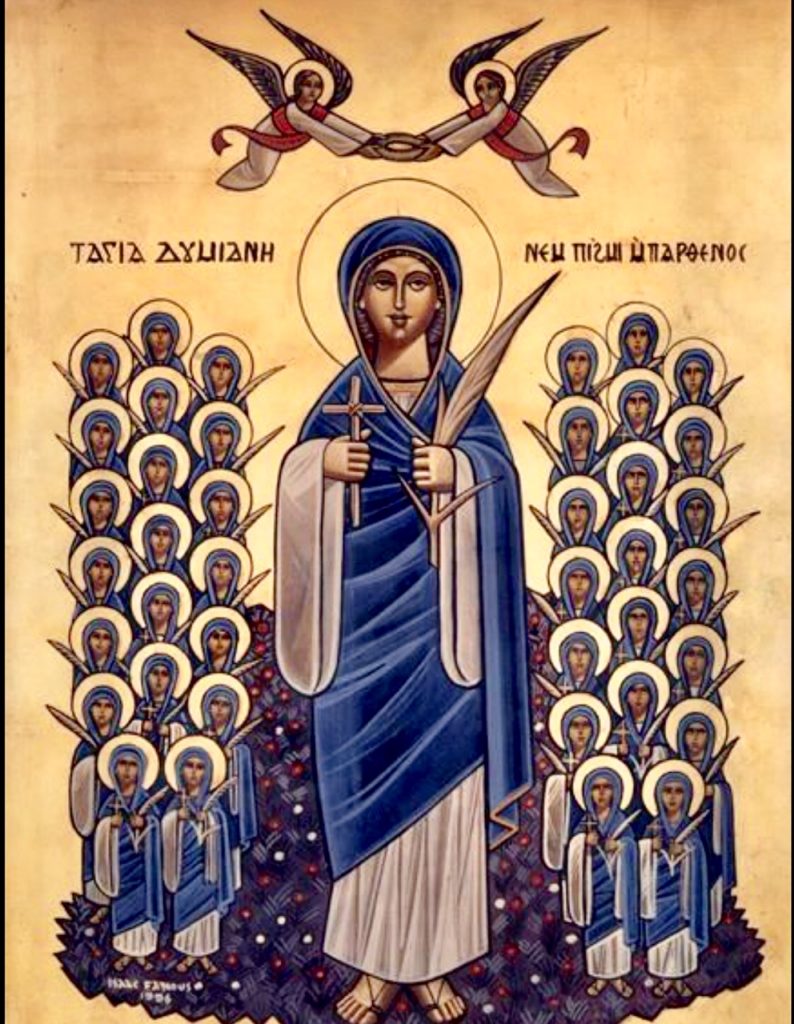 The Monastery of St. Demiana and the Forty Virgins

Sometime after the burial of St Demiana and her martyred sister nuns, a church was built over its tomb. It has been said that it was St Helena, she who found the True Cross, who also located the tomb of St Demiana a few years later, and commanded that a beautiful underground tomb be built in which to bury the bodies of the martyrs, and then a church to be built over it. That church was consecrated on the 12th day of Bashans. Several centuries later, after the Arab invasion, an Arab prince decided to tear down Demiana’s church and build a palace for himself in its

place. A great ﬂood from the Mediterranean Sea soon covered the area, but when the Patriarch came and prayed that God recede the waters, the ﬂood subsided, and Demiana’s tomb was miraculously unharmed. In gratitude, the Arab king of Egypt ordered that her church be rebuilt, and it was, and it was consecrated on the same date as its ﬁrst consecration: the 12th day of Bashans. 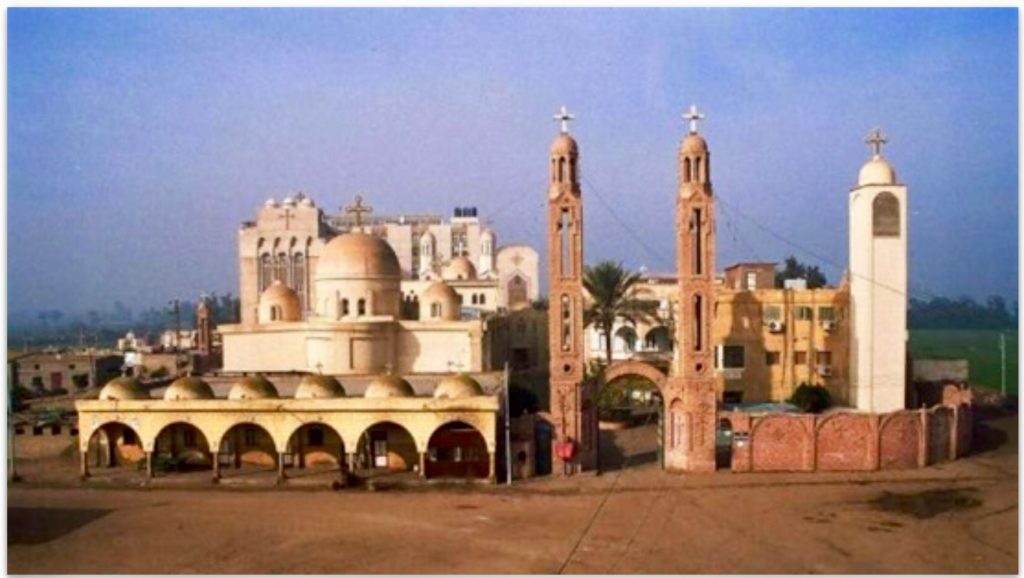 Atop the grounds where the original monastery of Demiana’s monastery once stood, another monastery for women was eventually built. Portions of it has been rebuilt and restored over the centuries, with a major restoration in the late 20th century. It is still an active monastery, a convent for women, and also a place of pilgrimage for the faithful to take a blessing from that great example of courage and devotion to Jesus: St Demiana, and the Forty Virgins. 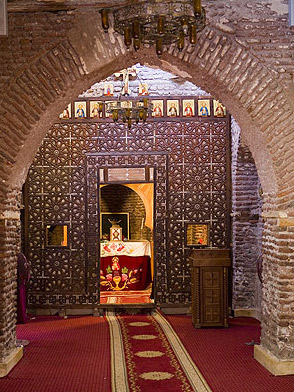 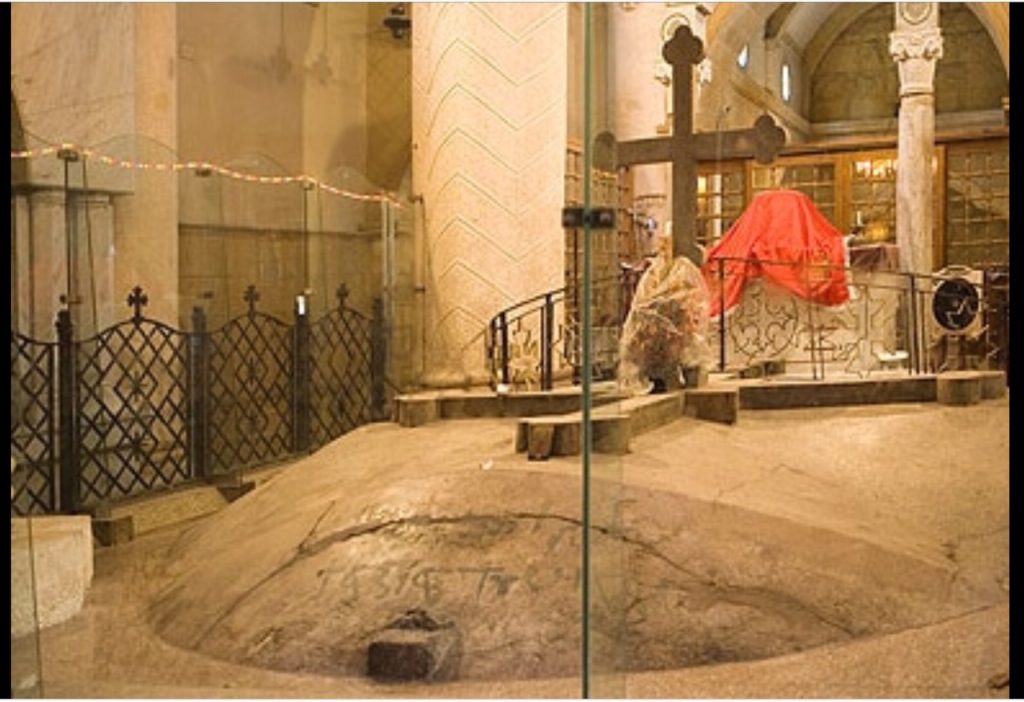 Above left: A view inside the oldest church at St Demiana Monastery.

Above right: The tomb of St Demiana and the Forty Virgins. 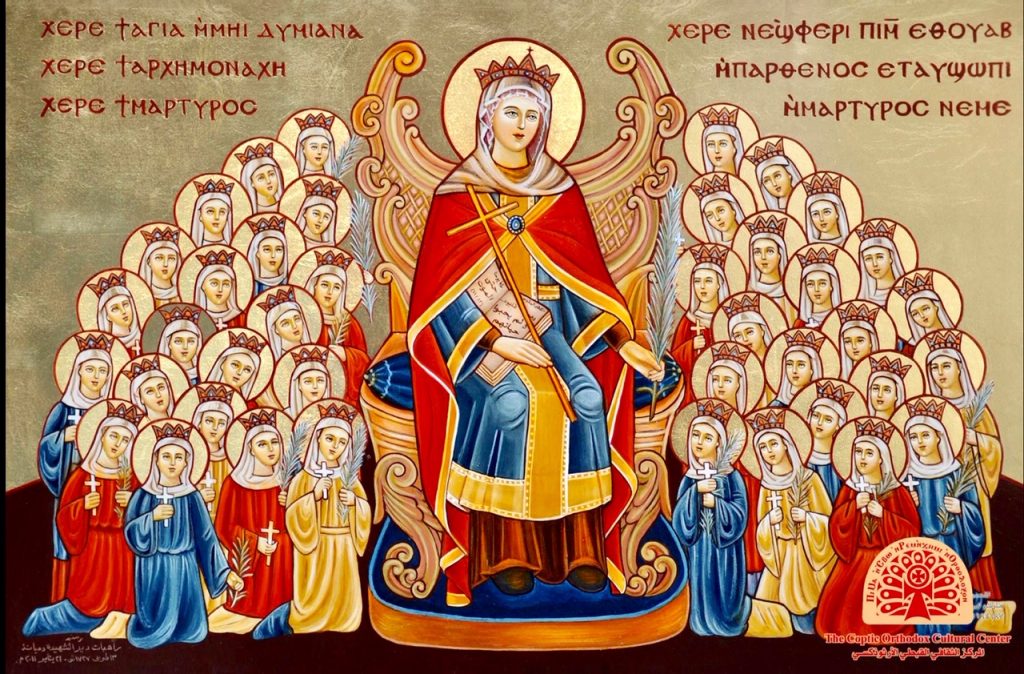 The nuns of St Demiana Monastery are known for serving the community around them, and also for their exquisite hand-crafted religious items made by the nuns, such as icons (an example of which is in the above icon of St Demiana), and clerical garments. St Demiana’s Feast Day is the 13th of Tubah, and the commemoration of the ﬁrst church named for her is the 12th of Bashans. 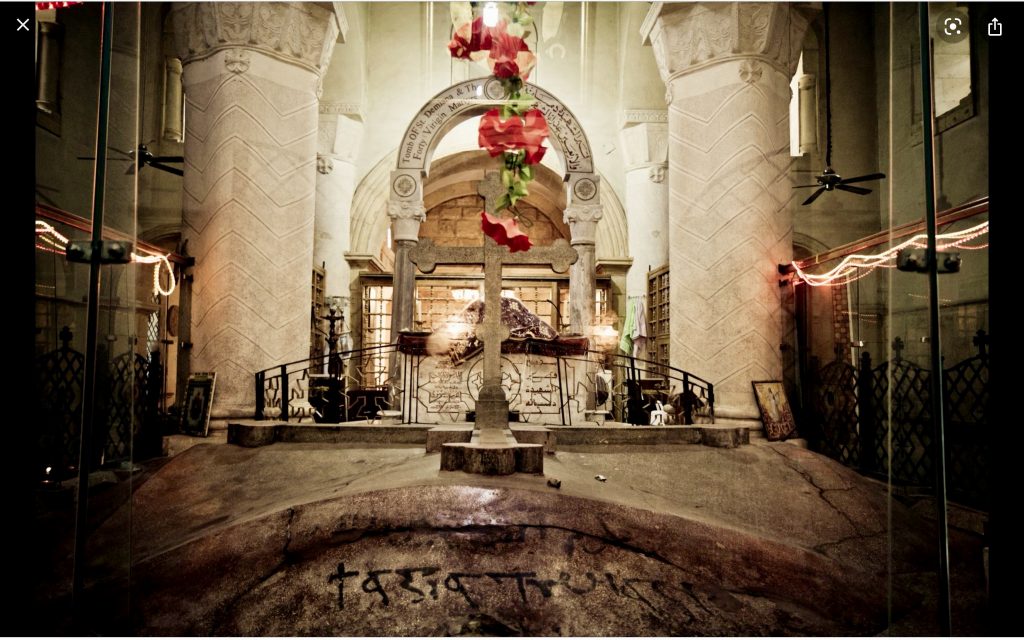 Another view of the tomb of St Demiana and the Forty Virgins in Damietta, Egypt. May their prayers be for us, and Glory be to God forever, Amen.

Previous
Saint Helena, the Empress
Next
The Feast of the Holy Ascension