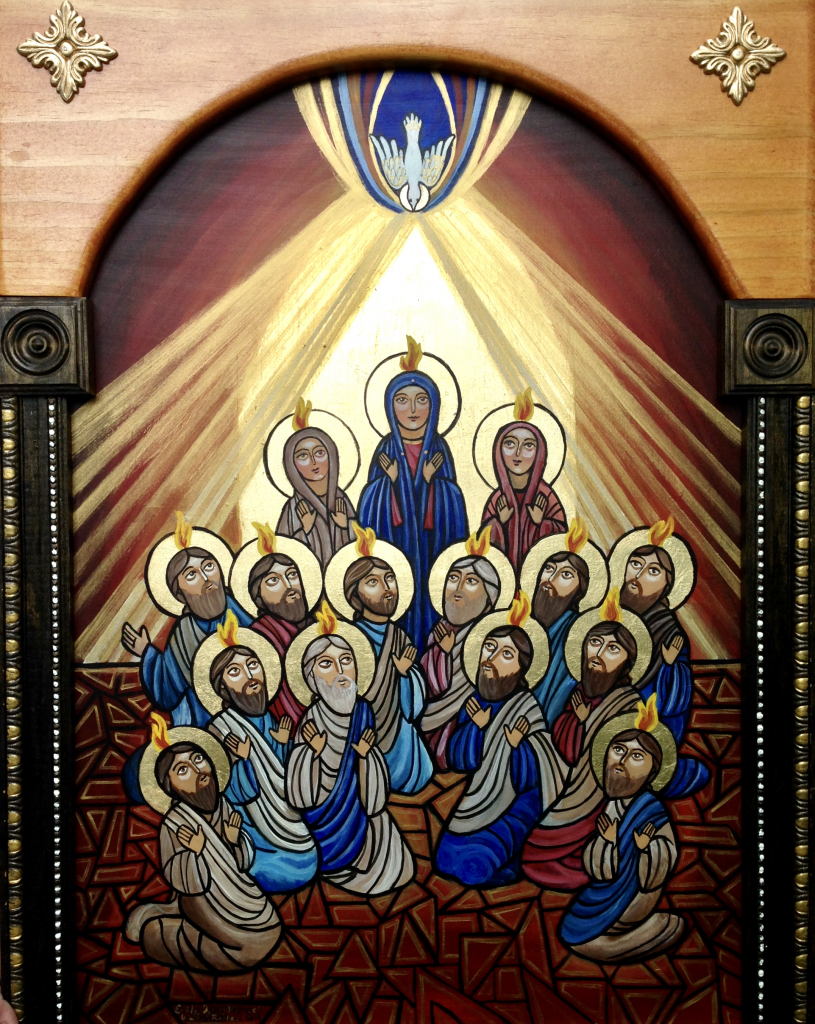 Pentecost this year falls on June 7, the 30th of the Coptic month of Bashans. The word “Pentecost” literally means

“Fiftieth (50th)” in Greek, and originally referred to the ancient Jewish festival which came ﬁfty days after Passover, and is called The Festival of Weeks; in Hebrew, Shavuot.

It says in Acts of the Apostles that the coming of the Holy Spirit upon the Apostles and other followers of Christ occurred in “the Upper Room” (Acts1:13-14, 2:1-2) traditionally in the same Upper Room in which the Last Supper occurred less than tw months earlier. (And according to Christian tradition, the house in which this Upper Room was located belonged to the mother of St Mark the Evangelist.)

In Jerusalem there is an ancient place called the Cenacle, which comes from the Latin word meaning “a group of people gathering, or a place of gathering, or a room for Supper.” It is at Mt Zion, and it is traditionally believed by many Christians to be where The Last Supper occurred, as well as the ﬁrst Eucharist, and then later, where the Holy Spirit descended at Pentecost. The place is even the Upper Room of the building!

However, as tour guides and archaeologists point out, perhaps while it is indeed the place where these events occurred, it’s not the same structure in which they happened. What seems to have been the timeline at that location is that there is a ﬁrst century foundation which means there was a building there during the time of Christ, and then in the 4th century, another structure, which seems to have been a church, was built atop of that, and several hundred years later, in around the 12th century, during the Crusades, another structure was built on top of whatever remained of the 4th century structure. That structure was also a church, and later turned into a mosque. The mihrab (the structure inside a mosque which points the direction to Mecca) is still present against a wall within the large, spacious room which has a soaring vaulted ceiling. It is now a place of pilgrimage for all faiths, as this Upper Room is also adjoined to the structure of …. the tomb of King David!!! While King David died and was buried in a tomb 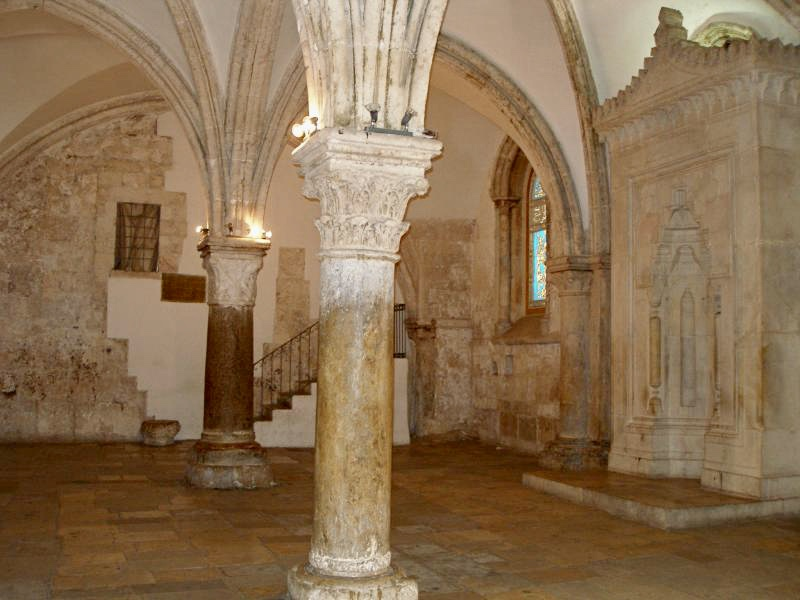 a thousand years earlier, it is possible that during the time of Christ, there were houses that near the already ancient tomb, and that over time the structures were r e b u i l t a n d renovated and rebuilt again until they are joining. But then, there is a dispute between historians if that’s really the tomb of King David in the ﬁrst place.

But for the sake of argument, let’s say we don’t know for sure that the Cenacle is the Upper Room where the Last Supper or the Pentecost took place, and certainly, it’s not the same room that was in place 2,000 years ago. The point is that it is a very real symbol that these events took place, and has been a traditionally designated place accepted by millions of people over the centuries, and really, when you walk into the Cenacle, this very large cavernous room with the soaring arches forming the vaulted ceiling, you do feel a sense of holiness, and it’s easy to see in your mind the Last Supper occurring here, or the image of the ﬂames above the heads of the followers of Christ, on that day of the ﬁrst Christian Pentecost so many centuries ago.

Pentecost is one of the Seven Major Feasts of Jesus Christ.