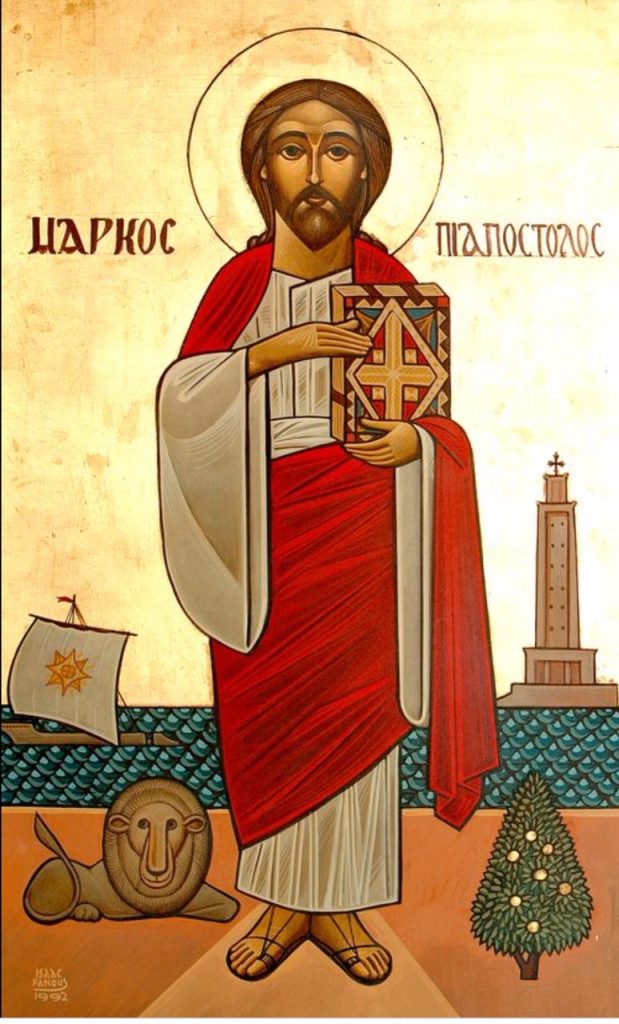 It was on the 30th day of the Coptic month of Baramouda in the year 68 A.D. that St Mark – he who established the first church in Egypt, and he who wrote the Gospel which bears his name – was martyred in Egypt.

His family lived in Cyrene (part of modern-day Libya), and moved to Jerusalem when Mark was very young. His mother’s house is where the Passover meal of Christ’s Last Supper was held, and also where the Pentecostal descent of the Holy Spirit upon the Apostles occurred (Mark’s mother’s house is considered to be the first Christian church). Mark traveled with St Paul and St Barnabas during their evangelistic journeys, and eventually Mark traveled on his own, coming to Egypt, preaching and establishing Christianity and building the first church in Alexandria. This would have been around 61 AD. St Mark also wrote the Gospel which bears his name.

It was during a Resurrection Liturgy being led by St Mark in Alexandria that pagans stormed into the church, and dragged St Mark into the street and beat him, and dragged him by horse through the streets of the city until he died. His martyrdom only strengthened the Egyptian Christians, who went on to persevere and even thrive through many more centuries – millennia – of severe persecutions and martyrdoms.

St Mark is considered the first Patriarch of the Church in Egypt; to this day, part of the formal title for the Coptic Pope is “Patriarch of Alexandria and the See of St Mark the Evangelist”.

May the prayers of St Mark be with us, and glory be to God forever and ever. Amen.

In Honor of St Mark

After the pagans killed St Mark, Christians took his body and buried it in their small church,  which was later rebuilt over the tomb. Still later, the church was destroyed at various times, yet each time rebuilt, and even enhanced, all the time paying homage to the great saint who had established the church in Egypt.

As the 30th of Baramouda usually coincides with the 8th of May, this is when the church commemorates the great St Mark the Evangelist by anointing his relics. We at St Mary Coptic Church in Cooksville, Maryland are especially blessed to have a relic of St Mark; here are photos of a previous year’s anointing of his relics at our church. 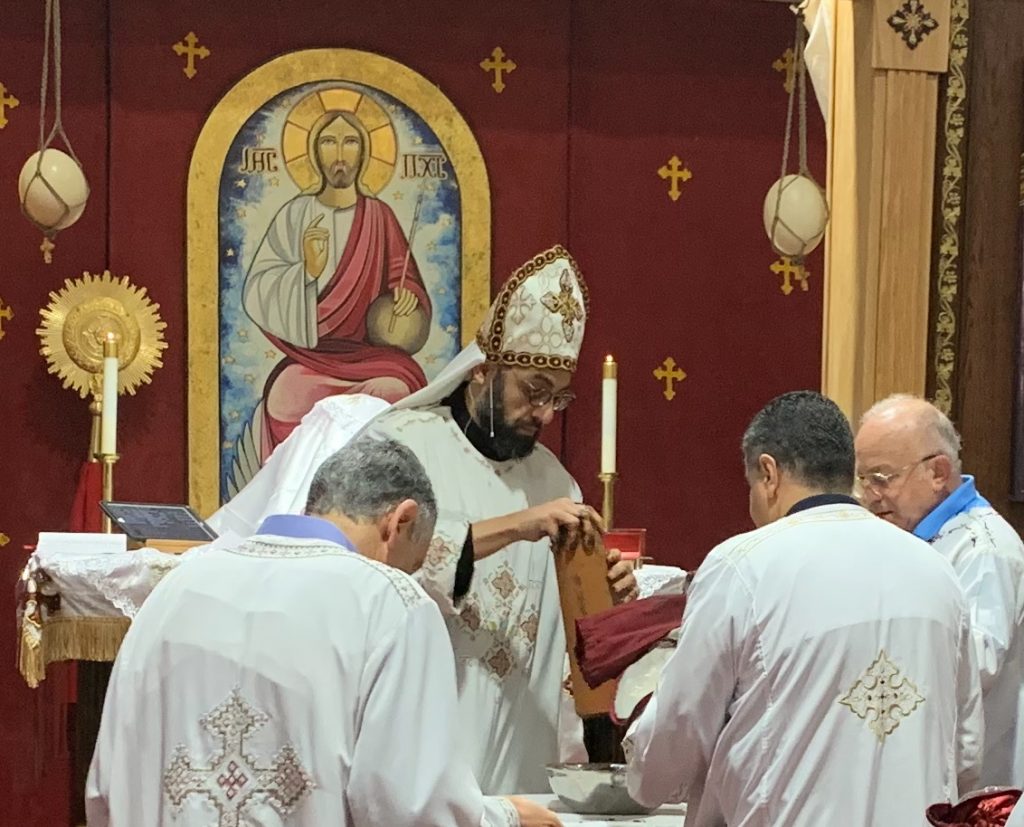 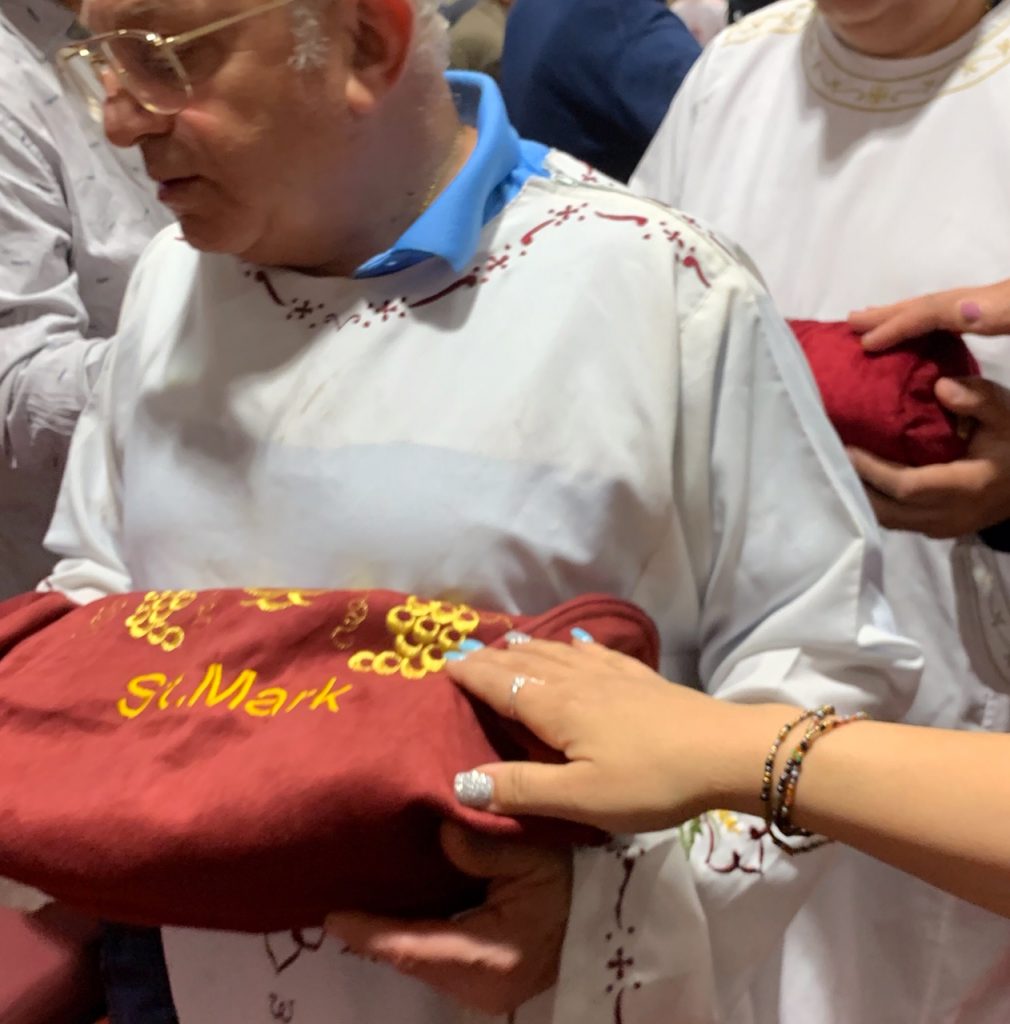 The priest anoints the relics of St Mark the Evangelist.

One of the faithful reaches out to take a blessing from the relic of St Mark as it is carried in a zeffah (a special procession during a church service.) 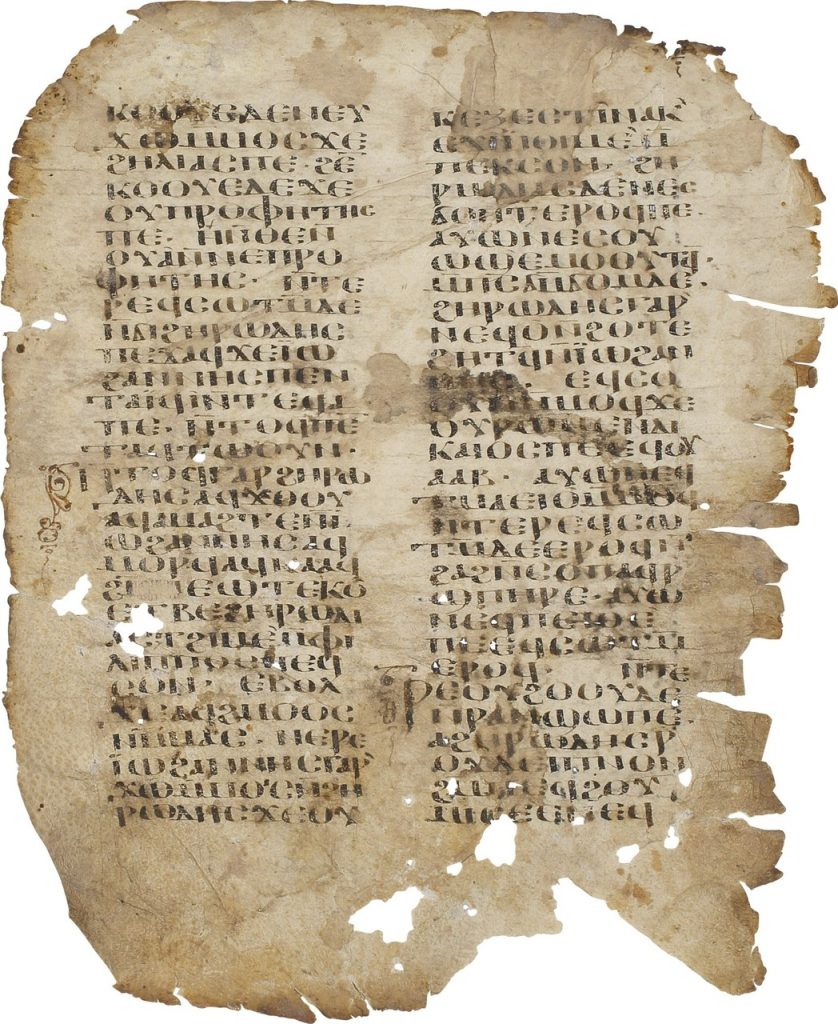 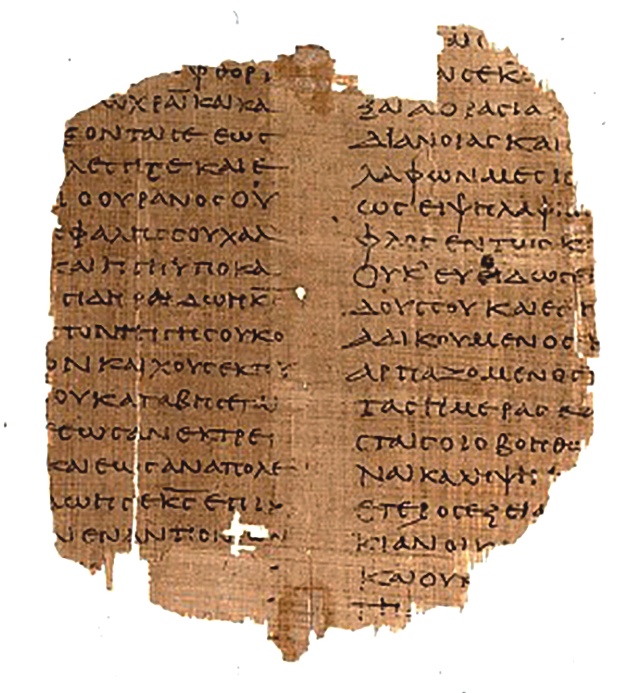 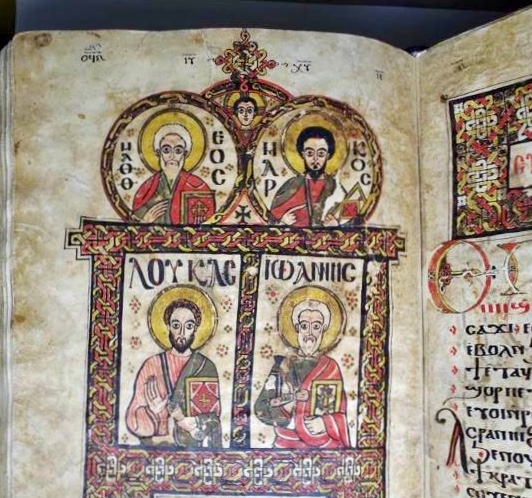 Also, an early illustration of the four Gospel writers in an antique Bible written in a Coptic and Arabic.