The Church of the Transfiguration on Mt. Tabor, Israel

Three of the four Gospels describe a miraculous event taking place: the Holy Transﬁguration, whereupon three Apostles – St. Peter, St John, and St James – witnessed Jesus transﬁgured from a regular human appearance to a heavenly being, shining with light, and talking with two long-dead prophets from centuries before, Moses and Elijah. God’s voice from above announced that this was His son, in whom He was well pleased, and to listen to him. In the Coptic Church, the Transﬁguration is one of the Minor Feasts of the Lord.
While the Bible does not specify where the Transﬁguration took place, aside from it being atop a mountain, tradition, and the writings of early church fathers, held that on Mt. Tabor, a lone rounded mountain in the middle of a wide basin, is the the site of the Transﬁguration. It rises above the surrounding plain to an elevation of 1,886 ft. From Nazareth, it is about 11 miles, or a three hour walk, and a little further from the Sea of Galilee. Mt Tabor is about 100 miles (160 km) from Jerusalem; about 2 1/2 hour drive, (or about 30 hours of walking).

By the 4th century AD, Mt. Tabor had become a place of Christian pilgrimage. By the sixth century, visitors recorded there were three churches built atop Mt Tabor; in the 10th century the churches and a monastery were destroyed during Arab rule. Another church was built and later destroyed, and through the following centuries, there was a continued cycle for control of Mt Tabor. At one point, even the French army of Napoleon fought a battle there. The most recent church was built by the Franciscan Order of the Catholic Church, and it was completed in 1924. There is also a Greek monastery atop Mt Tabor built in the late 19th century.

The Catholic Church on Mt Tabor is one of the largest in Israel, and it is named for the Transﬁguration. There is a huge mosaic above and behind the main altar, depicting the Transﬁguration, and it is a great reminder that this miraculous event happened HERE, atop Mt Tabor. That here, on this mountain, in a long ago moment of time, Jesus stood here, radiating the light of heaven, conversing with the great prophets Moses and Elijah, and witnessed by St Peter, St. James, and St John.

But perhaps when walking around outside, looking outward at the small towns and villages that are small dots far below, a visitor can best imagine how it looked during the time of the Transﬁguration: the hike up the mountain by Jesus and the three apostles, and how the world looked tiny from where they stood on Mt Tabor. And that there, on this mountaintop, for a brief moment of time, but also for eternity, the Old Testament and the New Testament, the living and those long departed, the human and the divine, and the Past, Present and Future were united. 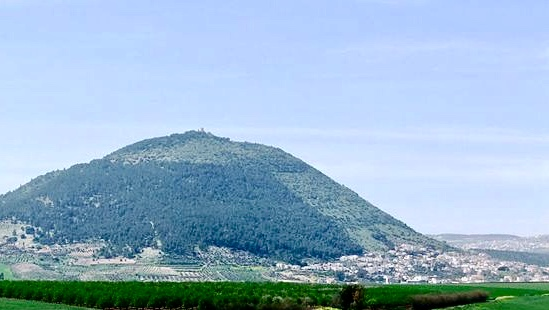 Mt Tabor is mentioned often in ancient history; it is mentioned in the Old Testament books of Judges and Joshua, and also much later as being the site of battles between the Romans and the Jewish rebels. Later the Muslim invaders came through, and there were battles near it, and later still the European crusaders trying to reclaim the Christian Holy Lands,
built a church atop Mt Tabor, which was eventually destroyed. Battle for control of Mt Tabor continued until the mid-20th century, when the new state of Israel came into being. 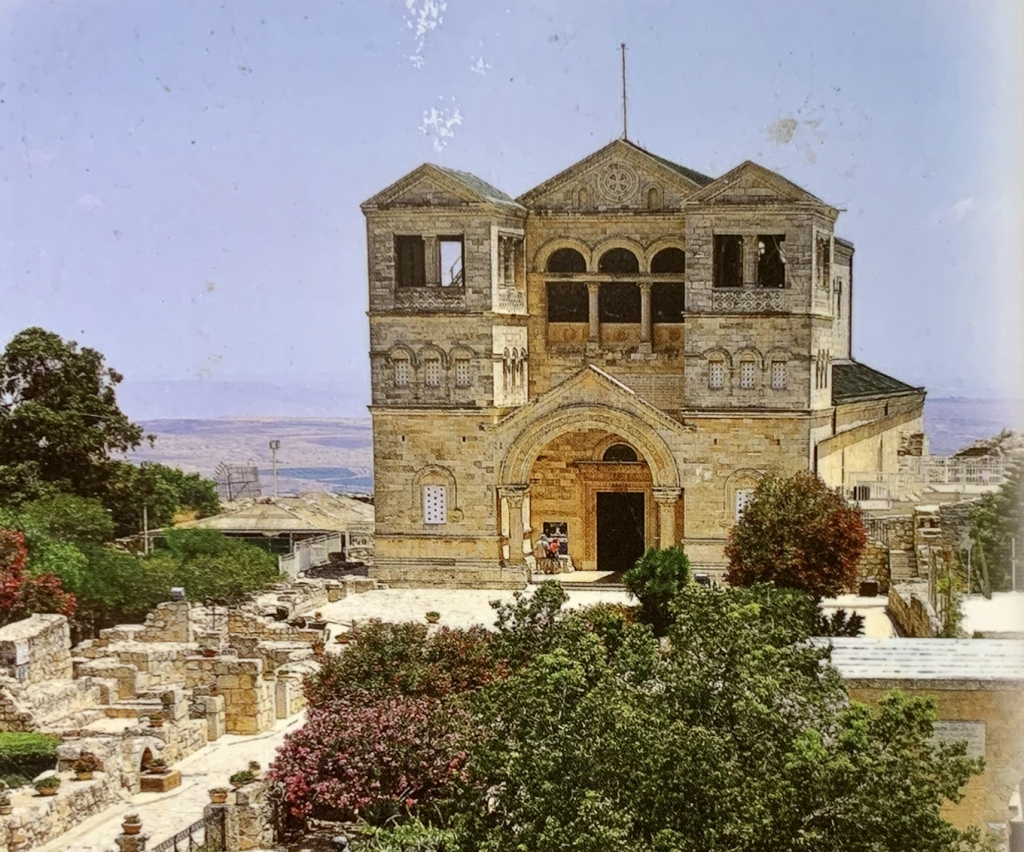 The present church was built over the ruins of earlier churches, and completed in 1924. On either side of the entrance, there is a chapel, one named for the Prophet Moses, and the other named for the Prophet Elijah. The mountain has a ommanding view of all surroundings areas, as almost two thousand years of saints, soldiers, and pilgrims can attest. 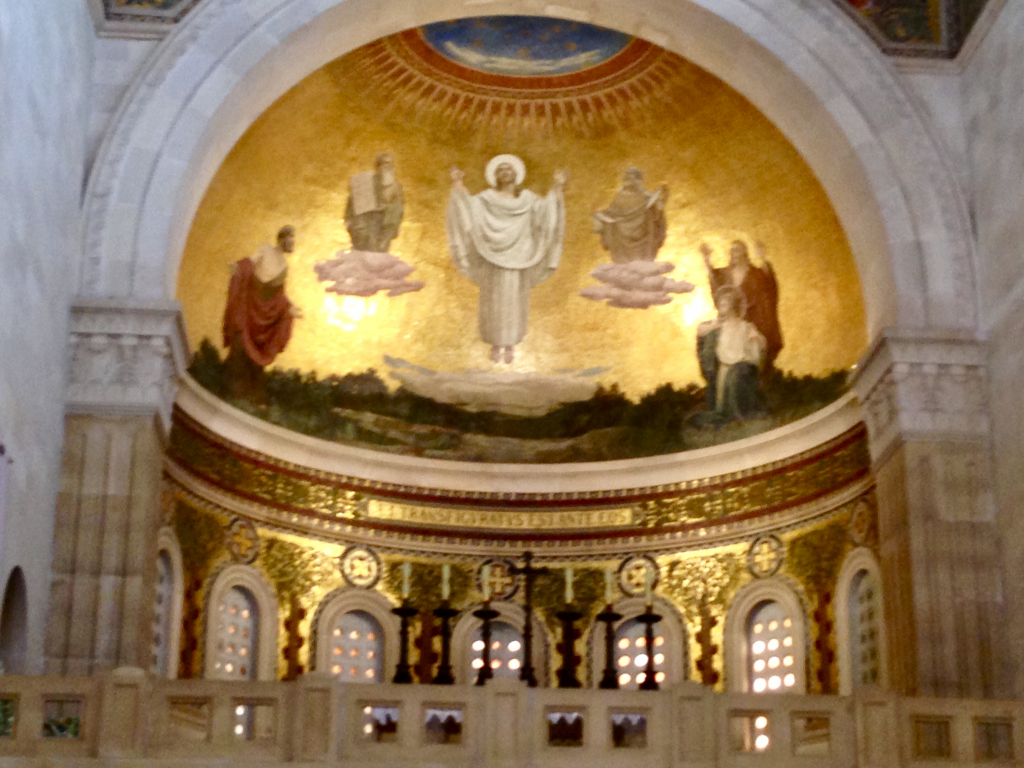 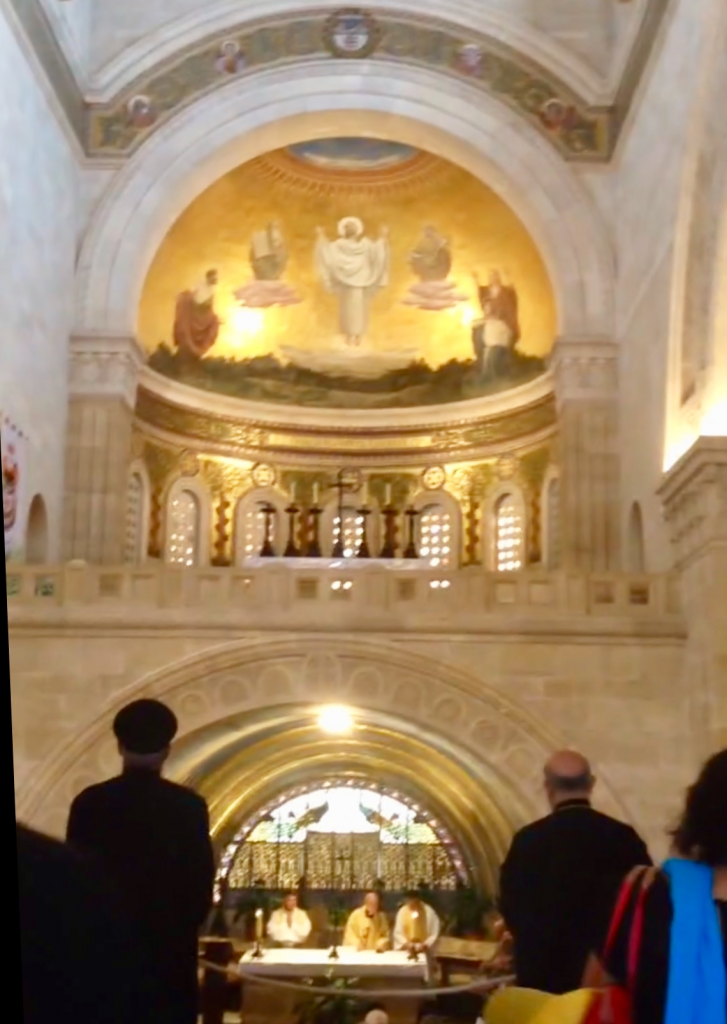 The great mosaic on the back wall of the upper level, above and behind the main altar below. 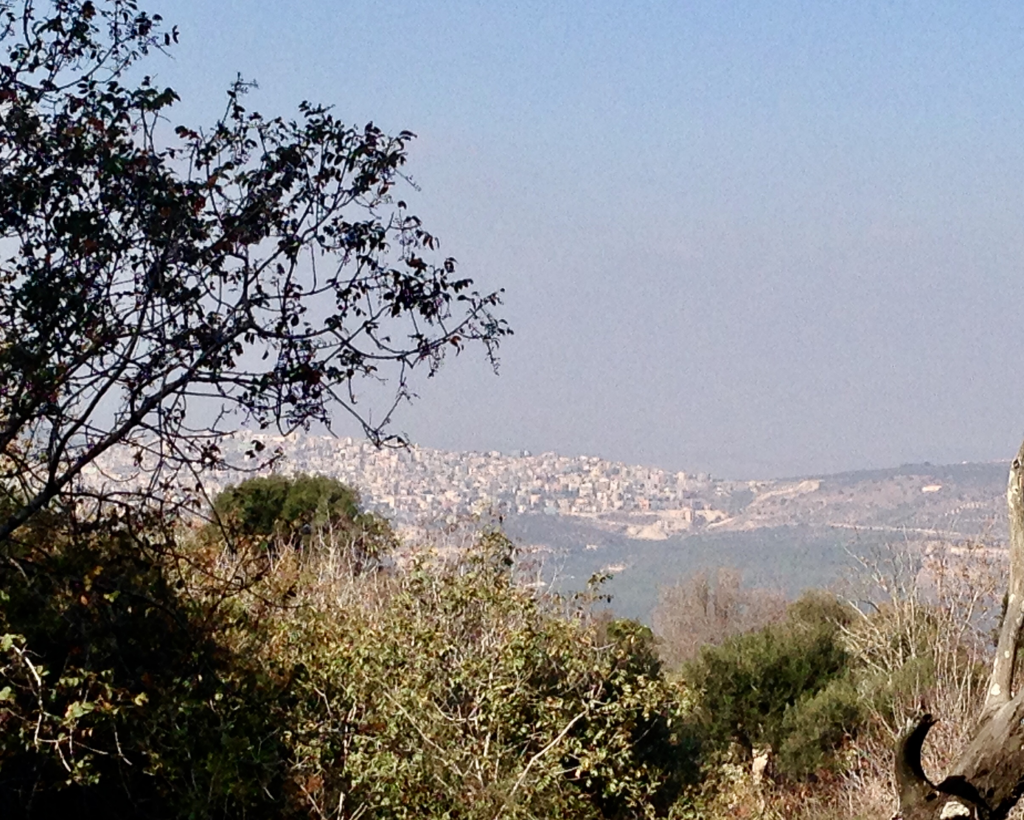 A view from the top of Mt Tabor 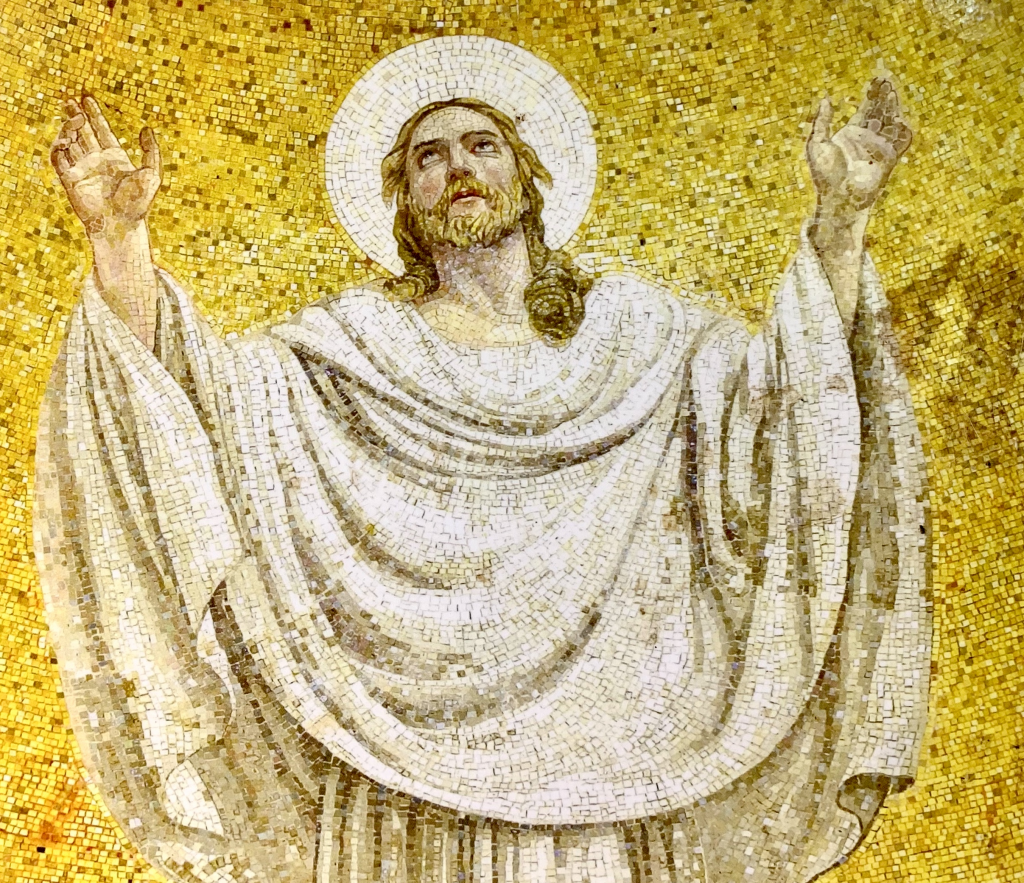 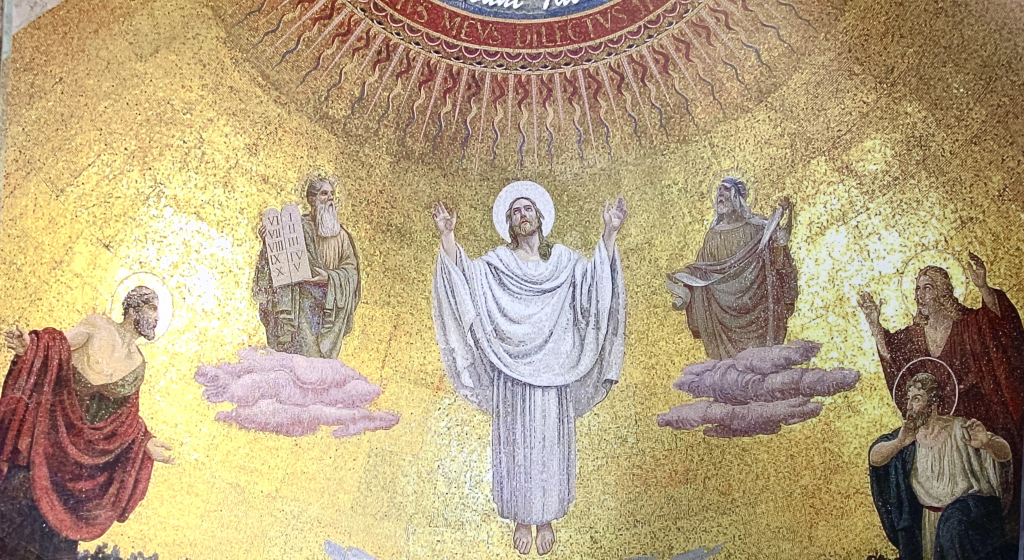